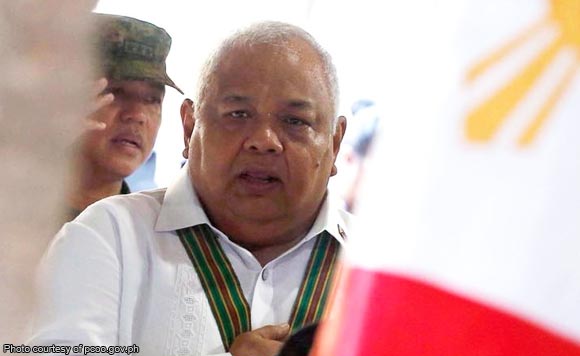 Malacañang has issued a memorandum order reinforcing guidelines the military and police have been utilizing to implement measures that would suppress and prevent lawless violence from spreading throughout the country.

“There is a need to reinforce the directive of the President in order to prevent further loss of innocent lives and destruction of property and bring the whole country back to a state of complete normalcy as quick as possible,” Medaildea said in his memorandum order.

On Sept. 4, 2016, President Rodrigo Duterte signed Proclamation No. 55 declaring state of national emergency on account of lawless violence in Mindanao.

Three days later, Medialdea issued MO No. 03 providing guidelines for the implementation of the proclamation.

Under his proclamation, Duterte has directed the Armed Forces (AFP) of the Philippines and Philippine National Police (PNP) to undertake measures “as may be permitted by the Constitution and existing laws” to prevent lawless violence from spreading and escalating elsewhere in the country.

“To ensure respect and protection of the fundamental civil and political rights of our citizens, there is a need to reiterate the measures that the AFP and PNP can undertake during the state of national emergency on account of lawless violence,” Medialdea explained in MO No. 32.

He said the Department of National Defense (DND) and the Department of Interior and Local Government (DILG) shall coordinate the “immediate deployment” of additional military and police forces in Samar, Negros provinces, and Bicol.

The AFP and PNP, as well as the Department of Justice (DOJ), have been ordered to closely coordinate with each other and other law enforcement agencies and intelligence community to intensify efforts to stop acts of lawless violence.

To ensure the effective implementation of the order, all local government units have also been enjoined to give their full support and utmost cooperation.

AFP and PNP personnel have been directed to ensure that constitutional rights of every individual shall be respected “at all times”.

“Any AFP or PNP personnel found violating any of the foregoing rights shall be held administratively, civilly or criminally liable therefor,” the Order read. (PNA)