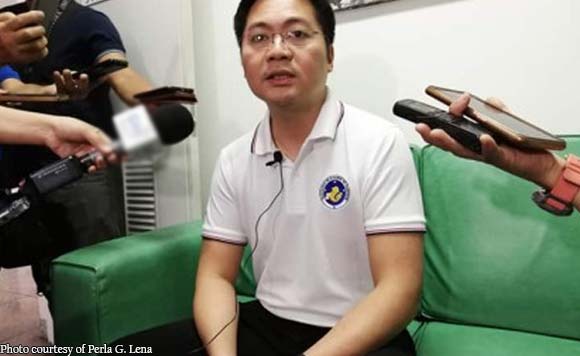 ILOILO CITY — The Duterte administration is eyeing the 100 percent completion of relocation sites along the Yolanda corridor by 2020 but is pushing for the completion of most units this year.

In a press conference on Tuesday, Cabinet Secretary Karlo A. B. Nograles confirmed his meeting on Monday with the mayors of local government units (LGUs) in Western Visayas affected by Super Typhoon Yolanda.

In Western Visayas, 70 percent of the housing demand target is completed, Nograles said. The region’s demand for housing units represents 57.14 percent of the entire “Yolanda” corridor, according to the report of the National Housing Authority (NHA).

The NHA’s data on “Yolanda” Permanent Housing Program showed that as of last month, of the 117,203 housing demand, 90,618 units have beneficiaries.

There remain some 26,585 units for submission of names of beneficiaries; the bulk comes from Iloilo with 16,223 and Aklan with 6,704 units.

Nograles said the national government is committed to hasten the completion of the housing units. “We also sought the commitment (of) the local government units, particularly the mayors, to fast-track the awarding of the completed housing units to beneficiaries,” he said.

One of the mechanisms to do this is through the Local Inter-Agency Committees (LIACs) that will identify the recipients of the housing project intended for “Yolanda” victims, he said.

Out of the 50 municipalities in the region that have Yolanda housing projects, 28 have active LIACs while 22 are still for re-orientation.

Nograles also said that some municipalities still encounter problems and the NHA has “committed to fixing the problems.”

Some housing units, although already completed, also have problems in water and electrical connections.

“We’re asking also LWU, the Local Water Utilities, and the NEA or the National Electrification Administration, including electric coops, to already fast-track the water connection and electricity,” he said.

Apart from meeting with the mayors of “Yolanda”-affected municipalities, he also presided over the 42nd Cabinet Assistance System meeting held at the Heroes Hall of the Iloilo International Airport in Cabatuan, Iloilo. (PNA)