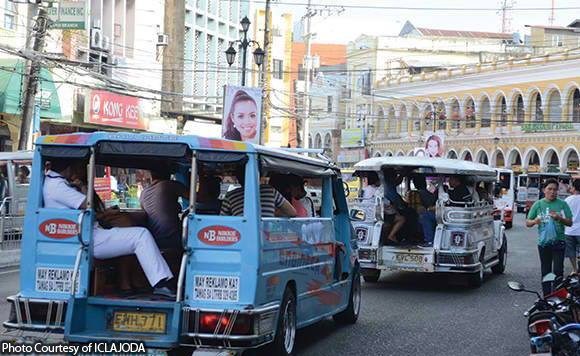 0 776
Share
Want more POLITIKO News? Get the latest newsfeed here. We publish dozens and dozens of politics-only news stories every hour. Click here to get to know more about your politiko - from trivial to crucial. it's our commitment to tell their stories. We follow your favorite POLITIKO like they are rockstars. If you are the politiko, always remember, your side is always our story. Read more. Find out more. Get the latest news here before it spreads on social media. Follow and bookmark this link. https://goo.gl/SvY8Kr

As early as this coming week, jeepney passengers in Iloilo City and Iloilo province may have to shell out P2.50 more for their minimum fare.

This was after the Land Transportation Franchising and Regulatory Board approved the fare hike that jacked up the minimum jeep fare to P9, from P6.50.

Under the new fare, passengers will be charged P9 for the first five kilometers, and P1 for every succeeding kilometer.

However, students, senior citizens, and persons with disabilities will still enjoy a 20-percent discount and pay P7.50 minimum fare.

“In the meantime, the regular fare remains at P6.50 until LTFRB has released the official tariff matrices which must be posted on jeepneys. A jeepney that lacks the matrix cannot charge the new rate,” said Iloilo City Loop Alliance of Jeepney Owners and Drivers Association (ICLAJODA) president Raymundo Parcon.

ICLAJODA sought the fare hike along with the Iloilo City Alliance of Drivers’ Associations, and Confederation of Iloilo Provincial Jeepney Owners and Drivers Association.

While the petition for fare increase was filed in 2017, the LTFRB-6 approved an increase to P10 last February and submitted it to the LTFRB national office for approval.

But the LTFRB central office settled for a P9 hike, citing rising prices of fuel and spare parts and recent inflation.

Meanwhile, Parcon said the fare hike is only for public utility jeepneys as buses and vans have separate fare schedules.

He also warned his fellow drivers under their group to refrain from charging the new fares until the tariff matrix is released by LTFRB.