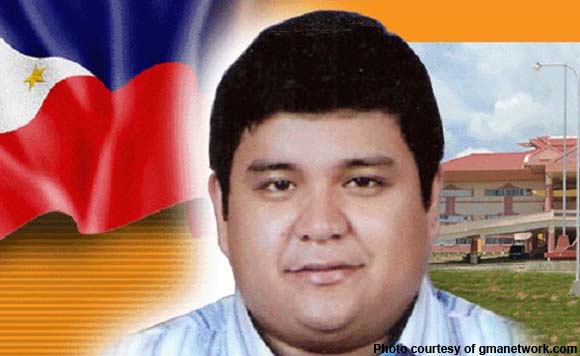 Seven months after being released on bail, one of the accused in the 2009 Maguindanao massacre has filed his candidacy for mayor of Shariff Aguak town in Maguindanao.

“Now that I’m out on bail, I acceded to calls from family members, relatives and friends. I want to revive the Ampatuan clan. My father, when he was still alive, tasked me to bring to life the Ampatuan clan and restore Maguindanao where he labored to what it is now,” Sajid said in a Minda News article.

Sajid will run with the United Nationalist Alliance (UNA). He had served as provincial board member of Maguindanao, vice governor and acting governor.

His opponents for the mayoralty post are his relatives: his cousin, Mayor Datu Maroph Ampatuan, and sister-in-law former mayor Zahara Ampatuan.

Zahara is the wife of Sajid’s brother, Anwar, mayor of Shariff Aguak at the time of the massacre.

While Sajid said he was tasked by his father to lead the “reunification” of the clan, Sajid explained he is aware he is running against relatives.

“Politics is like that, families seeking political positions against relatives. But at the end of the day, whoever is chosen by the people, he or she should be honored. After election, everything is over,” he said.

Judge Jocelyn Solis-Reyes of the Quezon City Regional Trial Court Branch 221 ruled that the prosecution failed to establish strong evidence that would warrant his continued detention while trial is ongoing.

Solis-Reyes said Sajid was only present in the meetings but did not participate in alleged discussions that led to the massacre.