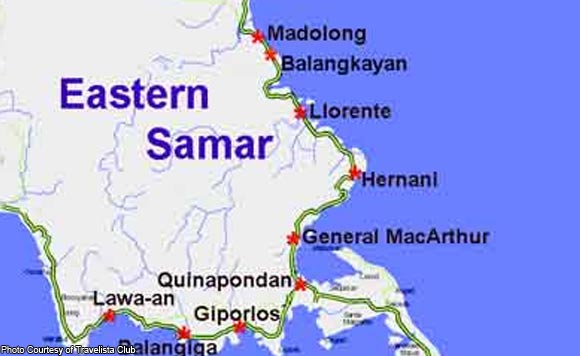 A magnitude 4.7 earthquake shook San Julian, Eastern Samar on Wednesday, the strongest aftershock recorded so far after the magnitude 6.5 earthquake that rocked the sleepy town on April 23, the Philippine Institute of Volcanology and Seismology (Phivolcs) reported.

The tectonic quake, with a depth of 24 kilometer, struck 19 kilometers northwest of the coastal town of San Julian at 11:01 a.m.

“That was an aftershock after the major earthquake last April 23. We don’t know until when these aftershocks will continue to happen,” said Myra Dolina, Philvocs Leyte science research analyst in a phone interview.

Since April 23 until Wednesday noon, the fault line in San Julian town has moved 30 times with reported intensities. The magnitude ranges from 1.8 to 4.7, according to Phivolcs’ online data.

Missy Misones, a staff of the mayor’s office in San Julian town, described the aftershock as quick and strong.

“The ground shaking only lasted for five seconds, but it frightened us. We ran outside of local government building since we are traumatized by earthquakes since April 23,” Misones said in a phone interview.

There was no expected damage after the 4.7 quake, according to Phivolcs.

A magnitude 6.5 earthquake rocked Eastern Samar at 1:37 p.m. on April 23. The quake of tectonic origin, with a depth of 17 km., struck 19 km. northwest of the coastal town of San Julian, located 163 km. northeast of Tacloban

The presence of the active Philippine Fault Zone and lineaments has made 29 towns and cities in Eastern Visayas prone to earthquakes, according to Phivolcs.

Magnitude measures the energy released from the source of the quake while intensity measures the strength of shaking produced by the earthquake at a certain location. (PNA)