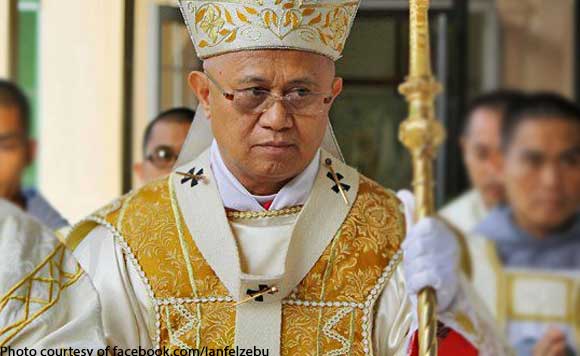 0 552
Share
Want more POLITIKO News? Get the latest newsfeed here. We publish dozens and dozens of politics-only news stories every hour. Click here to get to know more about your politiko - from trivial to crucial. it's our commitment to tell their stories. We follow your favorite POLITIKO like they are rockstars. If you are the politiko, always remember, your side is always our story. Read more. Find out more. Get the latest news here before it spreads on social media. Follow and bookmark this link. https://goo.gl/SvY8Kr

Cebu Archbishop Jose Palma has urged the national and local candidates to reflect on their political agenda this Lent.

“(Being in) public service makes them a public servant. The good of the people is the primary good that should be considered,” Palma said in The Freeman report.

During this holy season of Lent, the 69-year-old prelate also reminded candidates to promote peaceful engagements and stop the dirty politics.

“Political affairs should be a channel for peace… Now, some hands of candidates are being raised. The question should not be whose hands is being raised by whom but (it should be emphasized that) the hand that votes is the hand that is more powerful,” according to him.

The Commission on Elections prohibits poll aspirants from campaigning on Maundy Thursday and Good Friday.

Violators can be charged with an election offense