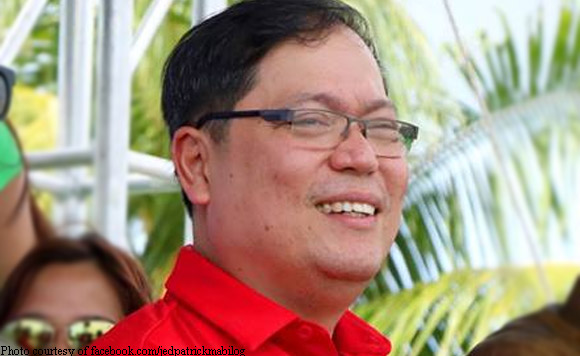 0 64
Share
Want more POLITIKO News? Get the latest newsfeed here. We publish dozens and dozens of politics-only news stories every hour. Click here to get to know more about your politiko - from trivial to crucial. it's our commitment to tell their stories. We follow your favorite POLITIKO like they are rockstars. If you are the politiko, always remember, your side is always our story. Read more. Find out more. Get the latest news here before it spreads on social media. Follow and bookmark this link. https://goo.gl/SvY8Kr

Former Iloilo City mayor Jed Patrick Mabilog clapped back at President Rodrigo Duterte after he raised “old news” and “lies” against him and Senate Minority Leader Franklin Drilon to divert the public’s attention away from the investigation of the Senate Blue Ribbon Committee.

Through his social media account, Mabilog urged the President to stick to the issue. (https://bit.ly/3C5wxv3)

“Hoy Digong, don’t change the issue. How much did you earn from your overpriced face shield?” Mabilog said in mixed Hiligaynon and English.

He wrote: “SM may be the biggest mall in the city. ‘M’ stands for ‘Mabilog’, hahaha.”

Mabilog said Duterte is wasting the country’s billion worth of intelligence fund.

“Where in China did you hide it? Face shield pa more! Prepare for the International Criminal Court because you will pay for your crimes,” he added.