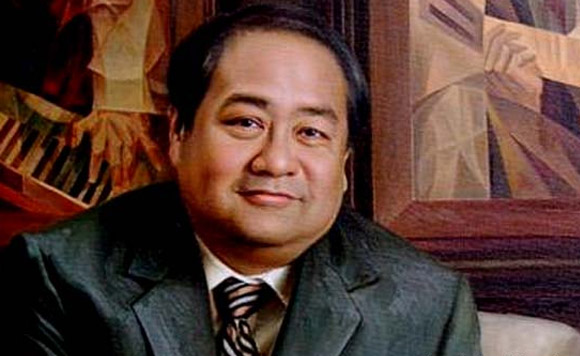 Former Government Service Insurance System (GSIS) president and general manager Winston Garcia is asking the Sandiganbayan to drop the graft case filed against him related to the alleged anomalous e-card project of the agency in 2004.

Garcia, who is running for governor of Cebu in 2016, maintained there was no irregularity in the award of the contract to Union Bank.

The e-card project was a banking transaction not covered by the Government Procurement Reform Act, the former GSIS chief reasoned out in his motion filed before the Sandiganbayan 2nd Division.

Garcia and 10 other officials of the state pension firm were indicted for alleged irregularities in the awarding of the GSIS electronic membership card project to Union Bank.

“The reliance of the information of the case in the provision of Republic Act No. 9184 and its IRR (implementing rules and regulations) is sadly misplaced since it is quite obvious that banking transactions, such as deposits and disbursement of funds are not within the coverage of the said law,” Garcia pointed out.

He argued that under Section 4 of Republic Act 9184, or the Government Procurement Reform Act, government transactions covered by the procurement law were only those involving infrastructure projects and purchases of goods and services.

“The questioned e-Card project of the GSIS is nothing more than the availment of the disbursement facility of Union Bank as a mode of disbursing the proceeds of loans and claims of members,” Garcia pointed out.

He recounted that the GSIS invited all the Bangko Sentral ng Pilipinas-approved banks dealing with the agency as well as other private banks, which were willing to apply to be GSIS’ depository bank, to bid for the project.

He said the GSIS technical committee chose Union Bank over BPI and DBP for many valid grounds, among them Union Bank’s lower required overall depository maintaining balance of P1 billion.

Garcia said BPI and DBP required P2 billion and that Union Bank also did not require maintaining balance for the e-Card holders.