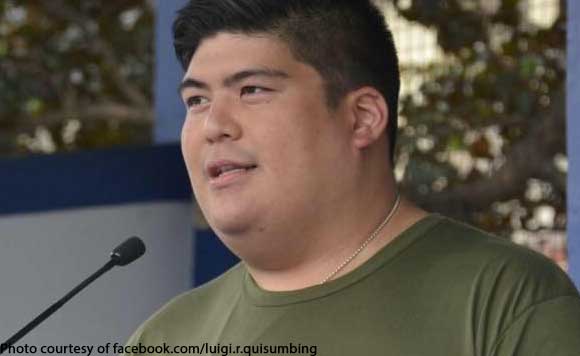 0 1,026
Share
Want more POLITIKO News? Get the latest newsfeed here. We publish dozens and dozens of politics-only news stories every hour. Click here to get to know more about your politiko - from trivial to crucial. it's our commitment to tell their stories. We follow your favorite POLITIKO like they are rockstars. If you are the politiko, always remember, your side is always our story. Read more. Find out more. Get the latest news here before it spreads on social media. Follow and bookmark this link. https://goo.gl/SvY8Kr

What is important is the support the candidate is willing to give to the Duterte administration’s programs, said Quisumbing in Cebu Daily News article.

“Whether our hands were raised or not by President Duterte or mayor Sara, what’s important is that the candidate is genuine in helping the fight against corruption and drugs,” the politiko said during the campaign sortie of Duterte-Caprio’s Hugpong ng Pagbabago last March 21.

“As long as candidates being endorsed genuinely push for anti-corruption and anti-drugs campaigns, so be it. Many hands make work light,” he added.

Quisumbing, whose party is allied with HnP, is running for reelection against former mayor and Cebu Rep. Jonas Cortes (6th district) of the Duterte-led PDP-Laban.

The camp of Cortes was endorsed during the PDP-Laban rally last February 24 at the Plaza Independencia in Cebu City.

“It is important for us that (Mayor Sara Duterte-Carpio) sees us as a genuine party that helps fulfil the promises of the president’s administration as far as anti-corruption and fighting illegal drugs is concerned,” the incumbent mayor said.