From LP to PDP-Laban country: Iloilo is now Duterte’s bailiwick 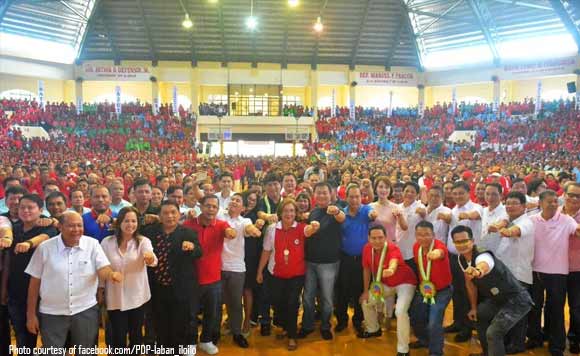 Iloilo is now one of the bailiwicks of the administration of President Rodrigo Duterte.

Presidential Spokesperson Harry Roque said: “Yes, the President now considers Iloilo and the rest of Ilonggo speaking areas as his bailiwick. As in fact, all surveys would indicate he is now the overwhelming leader of the entire Philippines.”.

Iloilo used to be the stomping ground of the Liberal Party for the past years.

But in the past few months, thousands of local officials here joined the ruling Partido Demokratiko Pilipino-Lakas ng Bayan (PDP-Laban).

PDP-Laban secretary-general and House Speaker Pantaleon Alvarez administered all of the said series of oath-taking of the local officials here.

In a previous interview with Alvarez, he expressed hope to unify Iloilo politicians under the ruling party before the end of the year.(PNA)