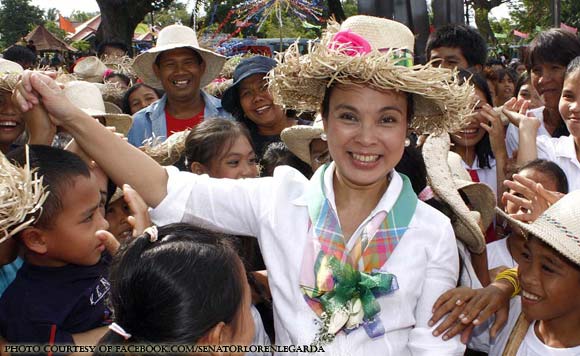 Senator Loren Legarda on Monday urged the Commission on Elections (Comelec) to dismiss the disqualification case filed against her to run as Antique Representative in the May 2019 mid-term polls for lack of merit.

In her 20-page Verified Answer, the lawmaker said the petition to deny due course or cancel her Certificate of Candidacy (COC) filed by Exequiel Javier, who is questioning her lack of residency requirement, should be denied.

“Verily, all the foregoing would show that the petition is without merit as there was no false material representation as would warrant the denial or the cancellation of the respondent’s COC,” Legarda said.

“All the evidences attached show that respondent is a resident of Barangay Mag-Aba, Pandan, Antique and would be such for more than a year before the May 13, 2019 mid-term elections and therefore eligible for the position which she is running for,” she added.

She also attached in the Verified Answer several receipts from the repairs and improvements in the house in Mag-Aba, Pandan, Antique which she started leasing since January 1, 2018 and has since been using as her place of residence.

“The foregoing evidence unquestionably demonstrates the respondent’s intention to reside in a fixed place, her physical or personal presence thereat, and conduct indicative of her intention to reside permanently in said place,” Legarda said in her answer.

Legarda noted that she already transferred her voter registration from Malabon City to Antique back in Sept. 28, 2018 and presented her Community Tax Certificate issued on August 9, indicating that her address was Mag-aba, Pandan, Antique.

On the other hand, Javier, who is also running for the lone congressional seat, said Legarda should be disqualified as she was a “stranger” to the province and supposedly have no legal domicile or home in Barangay Mag-Aba.

Legarda is on her second straight six-year term in the Senate which will end on June 2019. (PNA)