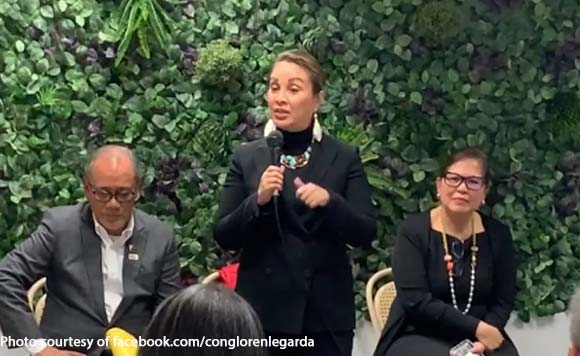 Congresswoman Loren Legarda would still be in public service had she not succeeded as a politiko.

The former Senator flew to Germany by invitation of the Philippine Consulate General as they opened the Frankfurt Book Fair. It was there where Legarda revealed her old dreams of joining foreign service.

Back in the day, the Antique Congresswoman once worked at the Philippine Consulate General in Los Angeles as she juggled her hosting duties for a local channel in the US. That diplomacy plan had to be shelved when she ran and won as senator, and the rest is history.

“Now, as a public servant, Deputy Speaker Legarda has helped the foreign service in more ways. She opened more doors for the Philippines to be more present in other countries,” she said in a statement.

Dinner hosted by the Philippine Consulate General in Frankfurt, Germany

How does Ambassador Legarda sound to you?