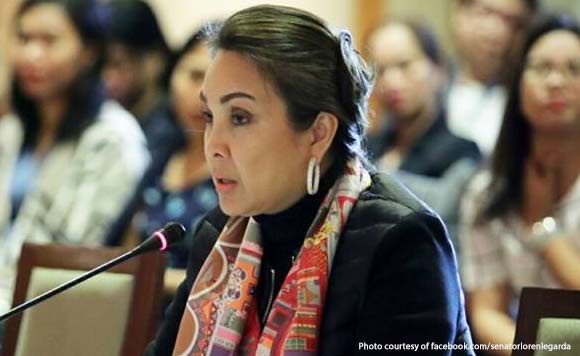 0 529
Share
Want more POLITIKO News? Get the latest newsfeed here. We publish dozens and dozens of politics-only news stories every hour. Click here to get to know more about your politiko - from trivial to crucial. it's our commitment to tell their stories. We follow your favorite POLITIKO like they are rockstars. If you are the politiko, always remember, your side is always our story. Read more. Find out more. Get the latest news here before it spreads on social media. Follow and bookmark this link. https://goo.gl/SvY8Kr

Antique Rep. Loren Legarda has been named one of the Deputy Speakers for the 18th Congress.

Legarda is the first representative of the province to become deputy speaker.

“As the new Representative of Antique, I am mandated to serve my kasimanwas—to help them get out of poverty and drive the province to sustainable progress. That alone is already a challenge for me. But to represent the province, while serving the Bigger House as Deputy Speaker, that brings a greater responsibility that I am more than willing to humbly accept,” said the former lady senator.