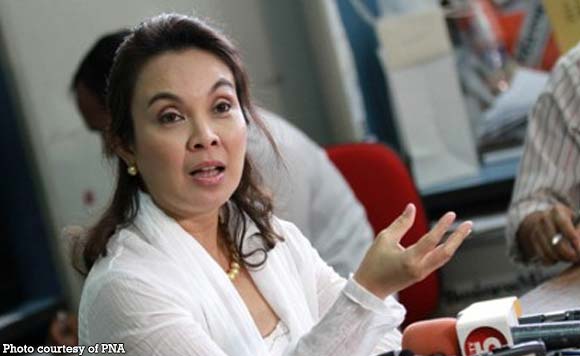 0 971
Share
Want more POLITIKO News? Get the latest newsfeed here. We publish dozens and dozens of politics-only news stories every hour. Click here to get to know more about your politiko - from trivial to crucial. it's our commitment to tell their stories. We follow your favorite POLITIKO like they are rockstars. If you are the politiko, always remember, your side is always our story. Read more. Find out more. Get the latest news here before it spreads on social media. Follow and bookmark this link. https://goo.gl/SvY8Kr

Deputy Speaker and Antique Rep. Loren Legarda on Thursday welcomed the “timely” approval of a $10 million grant by the Green Climate Fund (GCF) to the Philippines for the establishment of a multi-hazard, impact-based forecasting and early warning system.

“The Philippines needs to effectively reduce disaster risk as its effects have become more complex. The approval of the grant is very timely, not only as we commemorate this month the onslaught of Typhoon Yolanda six years ago, but also because of the increasing frequency and uncertainty of extreme hazard events that we have faced these past months and years,” she said in a statement.

“The GCF’s approval of this project is crucial in enabling the government and our communities to become more resilient as we look back at the lessons learned in the past and translate these lessons into action,” Legarda said.

The multi-hazard, impact-based forecasting, and early warning systems and services (MH-IBF-EWS) project aims to strengthen and ensure the delivery of actionable and timely early warnings to communities and “last mile” end-users at risk of impending natural hazards.

Legarda, who is part of the GCF Board as an alternate member, said multi-hazard early warning systems inform the people of the potential impacts of impending natural hazards, the risks on their lives and livelihoods, and the action they should take.

She said such systems are important, citing the case of Typhoon Yolanda which brought massive devastation to the country and to the lives of thousands of Filipinos.

In a book titled “Y It Happened” that was led by the National Disaster Risk Reduction and Management Council (NDRRMC), accounts from survivors of Yolanda said although they were warned about a possible storm surge, they did not know what it could bring and did not imagine the severity of its impact several kilometers inland.

Based on an assessment released by the German Aid Agency for International Cooperation (GIZ), 94 percent of the casualties during the onslaught of the typhoon in Tacloban, Palo and Tanauan was caused by the unexpected storm surge.

“Knowing local risks for hazards and having an established early-warning system will not only help ensure early action at the household and community, but will also mitigate the effects of disasters to poor people and the working middle class, businesses, schools, government offices, trade industry and stock market, farmers, and fisherfolks,” Legarda said.

“The road towards resilience may be tough, but this fund now provides an opportunity to transform our traditional early warning systems and services towards a more proactive and inclusive climate risk management tool for saving lives and resources,” she said.