Local transmission of Covid-19 in Iloilo City not ruled out 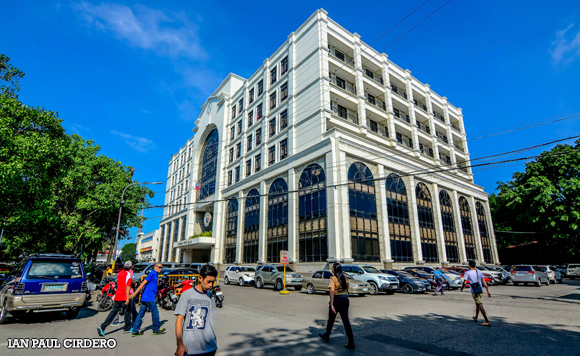 Confirmed cases of coronavirus disease (Covid-19) in St. Paul’s Hospital (SPH) in the past week suggested local transmission in Iloilo City, and the Department of Health (DOH) said it is not ruling out such possibility.

In a virtual press conference Monday, Jessie Glenn Alonsabe, regional epidemiologist of DOH-Center for Health Development Western Visayas (DOH-CHD-6), said the influx of locally stranded individuals (LSIs) and previous cases may have led to local spread of the virus.

Alonsabe said that this is also evident in other densely populated areas in the region. (https://bit.ly/2VPoHmn)

“As of now, we cannot discount the fact that a low level of community transmission is ongoing, not only in Iloilo City but I think in the whole of the region, because of the concentration of cases in urban areas, most especially in Iloilo City as well as in areas with highly-dense population,” he added.

Six doctors of SPH contracted Covid-19 last week, with four more cases from the hospital confirmed in the following days.

Alonsabe said the DOH is still studying the possibilities that asymptomatic Covid-19 cases are not able to infect others and that the virus may be airborne.

“We will have to wait for the official statement from the World Health Organization as well as from the DOH. There are still many debates because there is more evidence coming in that there is airborne transmission, but there are also conflicting reports coming in as well,” according to him.

The DOH-CHD-6 reported no new confirmed Covid-19 cases on July 6 but reported two new recoveries, WV Patients No. 134 and 156, who are both LSIs from Negros Occidental. No new deaths were also reported.