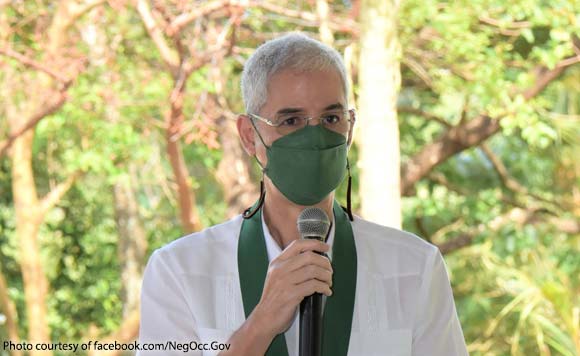 0 29
Share
Want more POLITIKO News? Get the latest newsfeed here. We publish dozens and dozens of politics-only news stories every hour. Click here to get to know more about your politiko - from trivial to crucial. it's our commitment to tell their stories. We follow your favorite POLITIKO like they are rockstars. If you are the politiko, always remember, your side is always our story. Read more. Find out more. Get the latest news here before it spreads on social media. Follow and bookmark this link. https://goo.gl/SvY8Kr

Negros Occidental Governor Eugenio Jose Lacson has not yet been informed about the cancellation of the proposed liquefied natural gas (LNG) power plant project in San Carlos City.

Lacson said that he obtained such information solely from media reports and other sectors.

If it was indeed canceled, he believes it was due to a “business decision,” similar to how the proposed coal-fired power plant was also canceled. (https://bit.ly/3XiKd14)

“I think it is incumbent upon them to make official that they also put on hold a plan to put up an LNG plant in San Carlos City,” he added.

When asked if the project was halted due to strong opposition from environmentalists and the Diocese of San Carlos, Lacson said it was still a business decision.