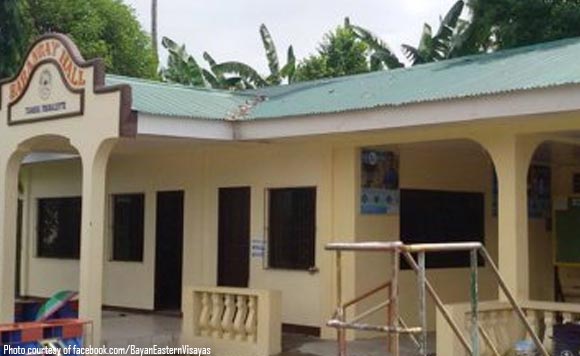 Local government units are given until March to complete all the PHP2.52 billion projects meant for the rehabilitation of facilities damaged by super typhoon Yolanda or else funds will be reverted back to the central government.

Regional Director Maribel Sacendoncillo of the Department of the Interior and Local Government-Eastern Visayas said on Thursday that all bottlenecks have been addressed in a recent meeting with local officials, as they committed to finish all projects within the first quarter of 2018.

As of end of 2017, at least 229 Recovery Assistance on Yolanda (RAY) projects are still ongoing and 145 have not yet started out of the 2,287 projects implemented in three phases since 2014. A big majority or 1,1817 projects are already done.

“All these projects must have to be completed by March 2018 otherwise money will be returned to the national treasury. There’s no other option,” the DILG regional chief warned.

Among the cause of delays are the late submission of revised detailed engineering designs documents, realignment of unutilized funds, land and right of way acquisition issues, partially damaged buildings were used by other government offices, procurement delays, among others.

“The most serious was political differences between the mayor and members of the town council. The local legislative branch refused to issue an authority to the mayor to enter an agreement with DILG. We have to intervene to address this concern,” Sacendoncillo explained.

Under the first batch, the national government had invested for the repair of buildings owned by 61 towns and city governments along the super typhoon Yolanda’s path in Eastern Visayas region. The second batch was focused on rebuilding of village facilities.

The third batch funded the repair of halls of justice, public terminals, community centers, and spill over projects under the first two phases.

RAY is the government’s strategic plan to guide the recovery and reconstruction of the economy, lives, and livelihoods in the affected areas of the 2013 monster typhoon.

The objective of the plan is to restore the economic and social conditions of these areas at the very least to their pre-typhoon levels and to a higher level of disaster resilience. (PNA)