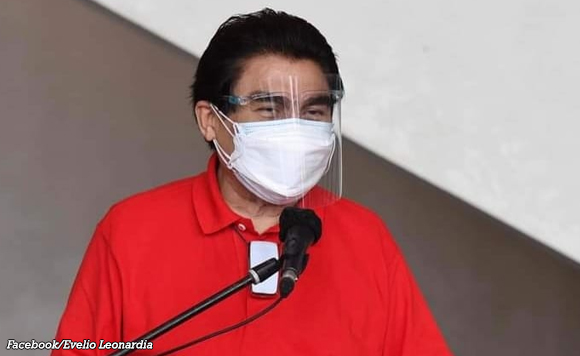 0 144
Share
Want more POLITIKO News? Get the latest newsfeed here. We publish dozens and dozens of politics-only news stories every hour. Click here to get to know more about your politiko - from trivial to crucial. it's our commitment to tell their stories. We follow your favorite POLITIKO like they are rockstars. If you are the politiko, always remember, your side is always our story. Read more. Find out more. Get the latest news here before it spreads on social media. Follow and bookmark this link. https://goo.gl/SvY8Kr

Bacolod City Mayor Evelio Leonardia, a reelectionist, reminded his constituents to be more discerning with information on both social and mainstream media.

“There is a pattern of lies and half-truths being labeled against us by desperate quarters,” said Leonardia.

The mayor dismissed as an “unfounded allegation” the allusion by the other camp that he was not around during the height of the Covid-19 crisis. (https://bit.ly/3kEMly2)

“I have not travelled for two years outside of Bacolod, not even to neighboring Bago City. What critics do not know was, the fact, that I took the lead in managing the crisis hands-on, burned midnight candles with the Emergency Operations Center and the local Inter-Agency Task Force (IATF)… and spent long hours during Zoom meetings and huddles until the wee hours to plan out strategies,” according to him.

He added that Bacolod would not have reached the vaccination rate of 132 percent if his administration was remiss of its responsibilities in managing the pandemic.

“Because of our performance, we were cited by the Department of Health and the national IATF with the best Covid crisis program in Region 6,” said Leonardia.

“Our performance based on the (Department of Health) data show that all these unfounded claims and innuendoes are without basis,” he also said.

The official also thumbed down the circulation of photos on social and mainstream media allegedly by “paid” reporters and photographers to project that the city is mismanaging the plight of sidewalk vendors.

“Such stories show a great deal of desperation of the other camp. We all know that the Libertad, Burgos and Central Market are currently undergoing repairs and vendors have requested, for humanitarian considerations, that they be temporarily allowed to ply their trade, while work on market interiors are in progress otherwise, their families will go hungry,” explained Leonardia.

“If one is truly a tumandok Bacolodnon, he should be very happy with the market development project instead of spreading lies and fake news and drive a wedge between the vendors and the local government in their desperate attempt to get their support,” he furthered.

Leonardia is running against former Rep. Albee Benitez in the May 9 elections.