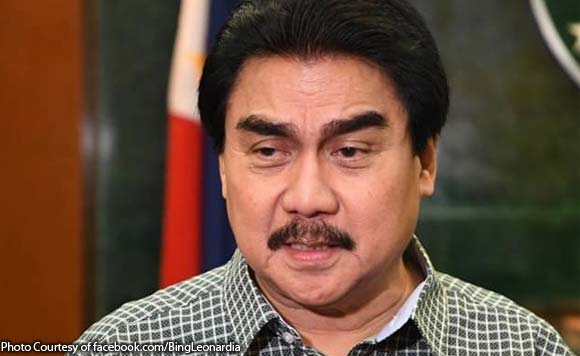 0 716
Share
Want more POLITIKO News? Get the latest newsfeed here. We publish dozens and dozens of politics-only news stories every hour. Click here to get to know more about your politiko - from trivial to crucial. it's our commitment to tell their stories. We follow your favorite POLITIKO like they are rockstars. If you are the politiko, always remember, your side is always our story. Read more. Find out more. Get the latest news here before it spreads on social media. Follow and bookmark this link. https://goo.gl/SvY8Kr

If Duterte is with you, who can go against you?

Bacolod Mayor Evelio “Bing” Leonardia could not convey just how thankful he was for President Rodrigo Duterte, who personally denied the claims made by his nemesis ex-Mayor Monico Puentevella that he is a narco-politiko.

Duterte filmed a four-minute video just to expose how Puentevella’s camp spliced the President’s speech to make it appear that Leonardia is on the latest narcolist released by Malacañang.

Duterte even went to endorse Leonardia as Bacolod mayor, a gesture which he said was unprecedented.

“I am truly humbled by the President’s gesture. This was unexpected but truly welcome,” Leonardia said in victory.

“I have long endured the lies of Puentevella and his never-ending attempts to assassinate my character. Now, the President himself has vindicated me. There is no better proof of Puentevella’s genius and unconscionable expertise at distorting facts than this.”

He even managed to thrown in a stern warning against his rival.

“And to Puentevella’s ‘chosen one’ to run against me, I say: Tell me who your friends are and I’ll tell you who you are,” the politiko said.

Jerry Treñas gets a museum-worthy gift