Leonardia still has no presidential bet 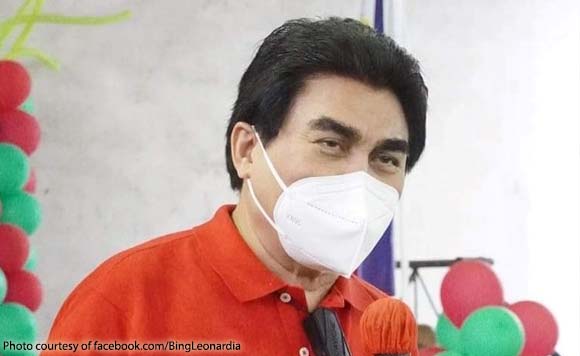 0 60
Share
Want more POLITIKO News? Get the latest newsfeed here. We publish dozens and dozens of politics-only news stories every hour. Click here to get to know more about your politiko - from trivial to crucial. it's our commitment to tell their stories. We follow your favorite POLITIKO like they are rockstars. If you are the politiko, always remember, your side is always our story. Read more. Find out more. Get the latest news here before it spreads on social media. Follow and bookmark this link. https://goo.gl/SvY8Kr

Bacolod Mayor Evelio Leonardia said that he has not endorsed any presidential candidate for the May 9 elections.

“As we approach the homestretch of the election campaign, more fake news and disinformation are becoming a daily fare on mainstream and social media channels both in the local and national fronts,” said Leonardia.

The mayor made the clarification after reports claimed that he endorsed the presidential run of Manila Mayor Isko Moreno Domagoso, who visited him at his office Thursday. (https://bit.ly/371CQ8Y)

“Moreno is my colleague in the League of Cities of the Philippines of which I am the National President,” he explained.

Leonardia said it has been his policy to open Bacolod to all national candidates no matter which political spectrum they represent.

“The visit of Moreno, just like those of the other presidential aspirants and those running for other national positions who came to see me at the Bacolod City Government Center before him, was welcomed by Bacolodnons,” he furthered.