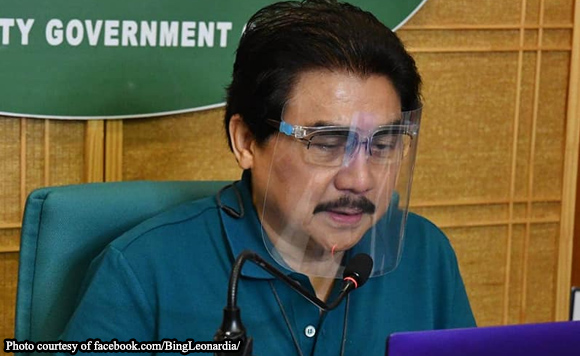 0 190
Share
Want more POLITIKO News? Get the latest newsfeed here. We publish dozens and dozens of politics-only news stories every hour. Click here to get to know more about your politiko - from trivial to crucial. it's our commitment to tell their stories. We follow your favorite POLITIKO like they are rockstars. If you are the politiko, always remember, your side is always our story. Read more. Find out more. Get the latest news here before it spreads on social media. Follow and bookmark this link. https://goo.gl/SvY8Kr

Manny Pacquiao remains to be the greatest boxer of all time in Mayor Bing Leonardia’s eyes.

The Bacolod mayor told the senator and boxing champ to hold his head high despite a shock loss via unanimous decision to his young opponent Yordenis Ugas in Las Vegas.

He called Pacquiao a “living boxing legend” despite earning his eighth career loss.

“While we are stunned by the unexpected result of the fight of our Adopted Son, Senator Manny Pacquiao, in his WBA title bout earlier today, August 22, we saw that he put up a gallant fight worthy of respect and admiration by boxing followers around the world,” the politiko said. “In spite of this, the fact remains that his unequaled eight-division world titles have made him a living legend in the sport. What he has achieved in boxing is something no other has ever done.”

“And come what may, he is already immortalized among the greatest boxers ever. Mabuhay ka, Senator Manny Pacquiao!,” he added.