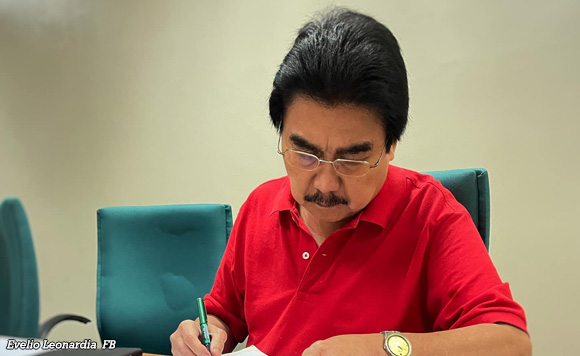 0 91
Share
Want more POLITIKO News? Get the latest newsfeed here. We publish dozens and dozens of politics-only news stories every hour. Click here to get to know more about your politiko - from trivial to crucial. it's our commitment to tell their stories. We follow your favorite POLITIKO like they are rockstars. If you are the politiko, always remember, your side is always our story. Read more. Find out more. Get the latest news here before it spreads on social media. Follow and bookmark this link. https://goo.gl/SvY8Kr

The camp of outgoing Bacolod City Mayor Evelio Leonardia has filed an electoral protest before the Comelec Central Office in Manila, questioning the results of the recent polls in the city.

The protest was filed by Leonardia’s lawyers Marcus Vaflor and Jireh Alimon on May 20 and was docketed as Election Protest Case No. 008-2022.

In a press conference Tuesday, Dr. Chris Sorongon, spokesperson of Leonardia along with Vaflor and Alimon, said that they are seeking for the manual recount of all 450 clustered precincts in the city. (https://bit.ly/38iJTee)

They also asked the Comelec to declare failure of elections and conduct special polls in Bacolod City due to massive vote buying and fake voters being allowed to cast their votes, said Sorongon.

“Indeed, today marked another milestone in the political history of Bacolod City, as we unveil to you the first ever electoral protest in the 34 year political career of Mayor Bing – simply to know the truth and give hope to hundreds of thousands who consider the recently concluded May Bacolod local elections as mysterious and unbelievable,” according to him..

“The move of Leonardia to file a complaint was in response to the people’s clamor (because) the people of Bacolod want to know the truth,” he added.