Leonardia says SGLG award a ‘validation of other awards we earned’ 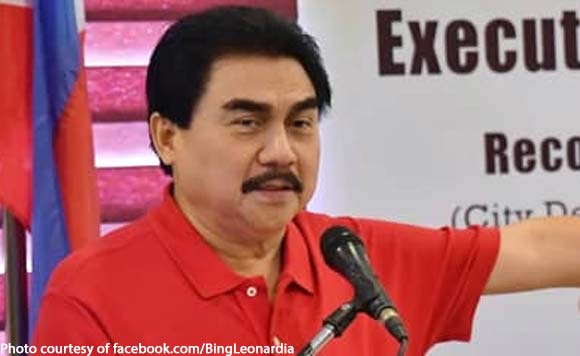 0 536
Share
Want more POLITIKO News? Get the latest newsfeed here. We publish dozens and dozens of politics-only news stories every hour. Click here to get to know more about your politiko - from trivial to crucial. it's our commitment to tell their stories. We follow your favorite POLITIKO like they are rockstars. If you are the politiko, always remember, your side is always our story. Read more. Find out more. Get the latest news here before it spreads on social media. Follow and bookmark this link. https://goo.gl/SvY8Kr

Mayor Evelio Leonardia is set to receive a Seal of Good Local Governance (SGLG) from the Department of the Interior and Local Government (DILG) for Bacolod City at The Manila Hotel today, November 5.

The awarding ceremony for the SGLG Awards is like an “honor’s assembly,” the politiko said.

“The SGLG is the barometer of a local government unit’s performance. For us, this is a validation of all the other awards we earned,” he added.

The award is bestowed by the DILG to LGUs for exemplary performance and good governance. Its criteria have seven governance core areas: Financial Administration; Disaster Preparedness; Social Protection; Peace and Order; Business Friendliness and Competitiveness; Environmental Protection; and Tourism Culture and the Arts.

Bacolod is one of the only five cities in Western Visayas that passed the said award. The other cities are Passi in Iloilo, and San Carlos, Silay, and Victorias in Negros Occidental.