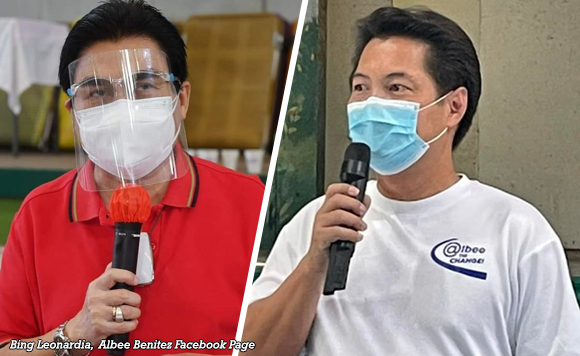 Bacolod City Mayor Bing Leonardia said he will attend the January 15 debate of mayoralty candidates organized by the U.P. Law Alumni Association-Negros Occidental Chapter to be held at the University of St. La Salle.

In a January 10 letter to lawyer Ramon Antonio Pandan, Leonardia pushed for a face-to-face debate on issues with former congressman Albee Benitez.

They may not be able to grant the request of Leonardia’s camp, the organizers said in a verbal notice it sent earlier. (https://bit.ly/3toe4ZE)

A Zoom Room will be assigned for the mayoralty candidates, according to them. The debate will also be streamed live on Facebook.

But the camp of Leonardia objected to the idea, saying Benitez might be aided by a teleprompter and bring a coach and some documents or employ a team that will prompt him how to give his responses.

This defeats the purpose of a debate, the mayor added. “We will certainly attend the debate. But we want the rules to be fair and square,” his camp furthered.