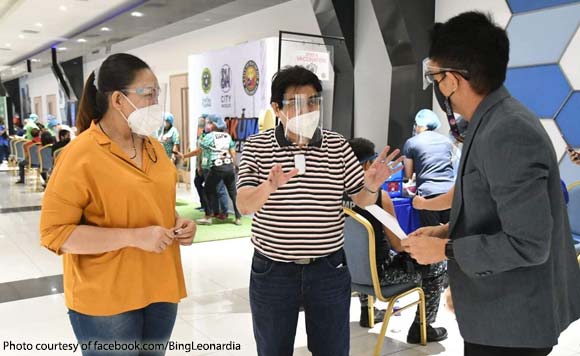 0 74
Share
Want more POLITIKO News? Get the latest newsfeed here. We publish dozens and dozens of politics-only news stories every hour. Click here to get to know more about your politiko - from trivial to crucial. it's our commitment to tell their stories. We follow your favorite POLITIKO like they are rockstars. If you are the politiko, always remember, your side is always our story. Read more. Find out more. Get the latest news here before it spreads on social media. Follow and bookmark this link. https://goo.gl/SvY8Kr

The EOC-Task Force and the CoVac continue to administer the first and second doses of vaccine to Bacolodnons who are under frontline healthcare workers, senior citizens, and adults with comorbidities.

Leonardia earlier requested the national government to allocate more vaccines for Bacolod amid the continued surge in local cases.