Leonardia on City Hall workers’ bonus: Nothing definite yet 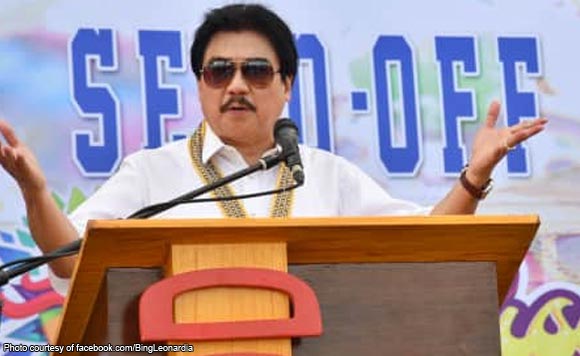 Mayor Evelio Leonardia cannot say for certain if City Hall employees will be receiving their performance bonus after Bacolod City earned the Seal of Good Local Governance (SGLG) from the Department of Interior and Local Government (DILG).

“It’s premature to disclose as of now if the city government will be giving an additional bonus in relation to SGLG award,” said Leonardia.

“If an LGU was awarded with SGLG, it doesn’t’ mean that it will be required to give employees cash incentives by the end of the year,” he explained.

Leonardia said the city government appreciates the SGLG award as the justification, incentive and inspiration in reaching such level of governance. (https://www.panaynews.net/bing-nothing-definite-yet-on-bacolod-city-hall-workers-bonus/)

In 2018, City Hall employees received “mandatory” bonuses during the last quarter of the year – including the year-end bonus and performance enhancement incentive – released every 15th of November, and the Collective Negotiation Agreement bonus in December.

The releasing of bonuses under his administration is based on legal basis and availability of funds, according to the local chief executive.

Leonardia will receive for Bacolod the 2019 SGLG during the awarding rites at The Manila Hotel on November 5.