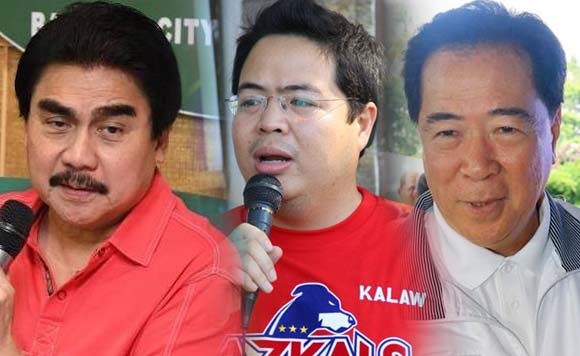 0 1,013
Share
Want more POLITIKO News? Get the latest newsfeed here. We publish dozens and dozens of politics-only news stories every hour. Click here to get to know more about your politiko - from trivial to crucial. it's our commitment to tell their stories. We follow your favorite POLITIKO like they are rockstars. If you are the politiko, always remember, your side is always our story. Read more. Find out more. Get the latest news here before it spreads on social media. Follow and bookmark this link. https://goo.gl/SvY8Kr

Bacolod City Mayor Evelio “Bing” Leonardia is mulling the filling of cybercrime complaints against a former mayor and an incumbent councilor over their alleged malicious posts on social media.

Other posts believed to have been tampered are the 2016 election picture wherein Leonardia was being blamed for Duterte’s loss in the city and the recent speech of the President in Victoria City, Negros Occidental.

“It is not for the purpose of honest reporting, but is actually to malign the reputation of the mayor,”
City Legal Officer Joselito Bayatan Bayatan said in The Daily Guardian report.

These posts are meant to send disinformation to the Office of the President, added Bayatan.