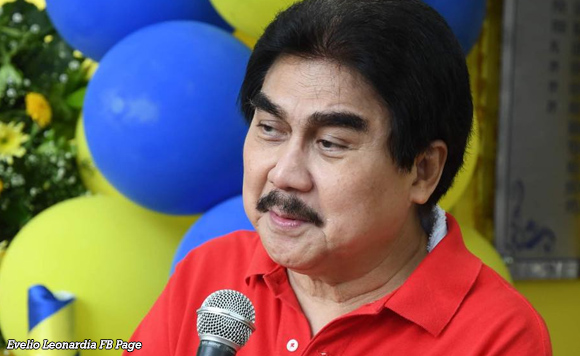 Former Bacolod Mayor Evelio Leonardia sent his condolences to the family of former President Fidel Ramos, who died yesterday. He was 94.

Ramos’ death is a great loss not only to former First Lady Ming Ramos, their children, and next of kin, but also to the entire Filipino nation, which he served exemplary from 1992 to 1998, according to Leonardia.

“On a personal note, President Ramos’ brand of governance, which focused on the economy, became both my inspiration and a model as it was my first term as Bacolod City mayor in 1995 while he was the country’s Chief Executive,” he said. (https://bit.ly/3zLM1WJ)

The former mayor said Ramos was a man of action who was credited with transforming the sprawling Fort Bonifacio, an idle government property, into the bustling city that it is today.

He also ushered the Philippines from being the “Sick Man of Asia” into a “Tiger Economy”, he added.

“I, therefore, join the nation in mourning his loss but, at the same time, celebrate his life and pay tribute to his leadership that catapulted the image of the Philippines in the world stage,” said Leonardia.