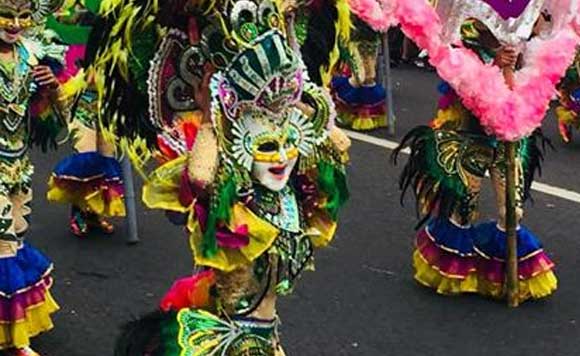 0 642
Share
Want more POLITIKO News? Get the latest newsfeed here. We publish dozens and dozens of politics-only news stories every hour. Click here to get to know more about your politiko - from trivial to crucial. it's our commitment to tell their stories. We follow your favorite POLITIKO like they are rockstars. If you are the politiko, always remember, your side is always our story. Read more. Find out more. Get the latest news here before it spreads on social media. Follow and bookmark this link. https://goo.gl/SvY8Kr

This year’s MassKara Festival of Bacolod celebration will be a festival like no other, according to Bacolod City Mayor Evelio Leonardia.

“The MassKara Festival is already a milestone” said Leonardia.

The theme for the 40th MassKara Festival is “Bacolod, City of Smiles.” It will official start on October 8 until October 27. (https://dailyguardian.com.ph/masskara-2019-will-be-festival-like-no-other/)

Leonardia said President Rodrigo Duterte will again be invited to this year’s celebration.

“That in itself is already something we can be proud of,” he added.

The MassKara Queen, Electric MassKara, and the MassKara street dancing competition will highlight the 40th edition of the festivity.

The festival venues are the Bacolod Government Center, the Lacson Tourism Strip, and the city public plaza.