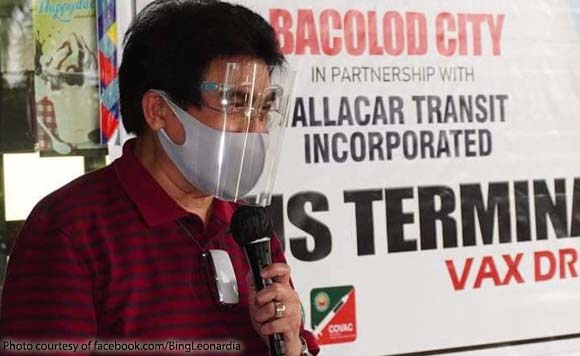 The fifth VAX-i bus is the third bus provided for the city government’s use by Vallacar Transit Inc. (VTI). The other bus was provided by Merzci Pasalubong while the first-ever VAX-i bus is a repurposed city tourist bus. (https://bit.ly/3zcfQvZ)

VAX-i buses drive around Bacolod, with doctors, nurses, and other healthcare workers on board, who administer Covid-19 vaccines to workers in the marginalized sectors.