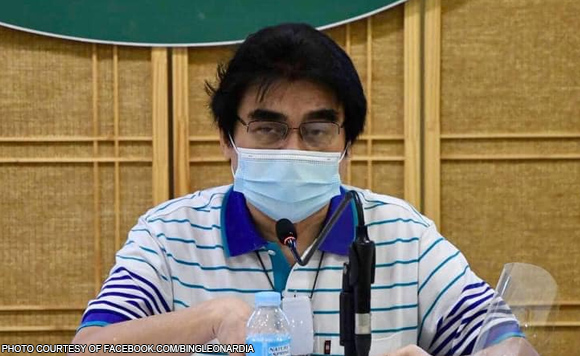 0 113
Share
Want more POLITIKO News? Get the latest newsfeed here. We publish dozens and dozens of politics-only news stories every hour. Click here to get to know more about your politiko - from trivial to crucial. it's our commitment to tell their stories. We follow your favorite POLITIKO like they are rockstars. If you are the politiko, always remember, your side is always our story. Read more. Find out more. Get the latest news here before it spreads on social media. Follow and bookmark this link. https://goo.gl/SvY8Kr

The Ombudsman has cleared Bacolod City Mayor Evelio Leonardia and seven others of graft and administrative charges after it found no sufficient evidence to sustain a finding of probable cause for violating Section 3 (e) of Republic Act (RA) 3019 (Anti-Graft and Corrupt Practices Act), as amended.

“Neither did the Ombudsman find substantial evidence that respondents were guilty of the administrative charges of Conduct Prejudicial to the Best Interest of the Service and for Grave Misconduct,” a press statement from Leonardia’s office said yesterday.

The joint resolution dismissing the cases were co-signed by Graft Investigation and Prosecution Officer II Carla Michelle Chaves-Gonzaga, who penned the Joint Resolution; Director Jane Aguilar of the Preliminary Investigation Administrative Adjudication and Prosecution Bureau-B; Assistant Ombudsman-Visayas Carla Juris Narvios-Tanco; and Deputy Ombudsman for the Visayas Paul Elmer Clemente, all of whom recommended for the dismissal of the cases. (https://bit.ly/37obRBU)

“What a great blessing to receive at Christmas time!” the mayor said after learning of the decision.

These cases docketed as OMB-V-C-17-0192 and OMB-V-A-17-0185 were filed by the Field Investigation Office of the Ombudsman-Visayas based on a 2009 complaint of Sarah Teresa Esguerra and Othello Ramos.

“This is another of the many political harassment cases that Sarah Esguerra and Othello Ramos had launched against us over the years. As well-known supporters of that former city mayor of Bacolod, we know what their motives were when they filed the complaint in 2009, before an election year,” added Leonardia.