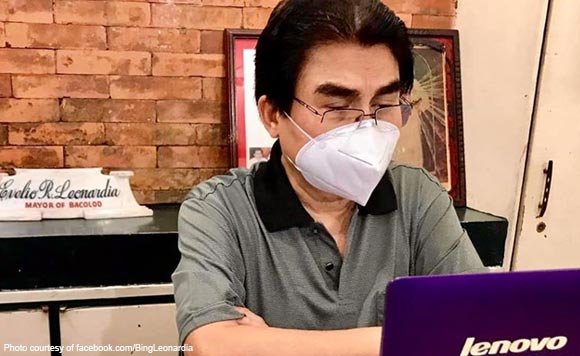 There is no total lockdown in Bacolod City amid the imposition of the modified enhanced community quarantine (MECQ) until September 30, Mayor Evelio Leonardia clarified.

“What we have under MECQ is a slowdown, not a lockdown,” Leonardia said in a statement.

“And this MECQ was imposed on us by the National IATF (NIATF) when it saw how steeply the infection curve in the City had spiked in the first few days of September alone. The City is bound to implement that order of the NIATF to include the suspension of public transport because that is one of the things that happens under an MECQ,” he added.

The mayor noted many businesses and offices are still allowed to open under said quarantine classification but on reduced operating capacity. (https://bit.ly/3ire5Ud)

The list of businesses and offices allowed to open under MECQ can be looked up in the internet under: (a) IATF Omnibus Guidelines on the Implementation of Community Quarantine in the Philippines with Amendments as of July 16, 2020; and (b) Memorandum Circular No. 20-44 of the Department of Trade and Industry (DTI).

“I know that the suspension of public transport is the main bone of contention during this MECQ. Many businesses will have a hard time making sales when public transportation is suspended as several of their employees and customers travel to them via public transport,” said Leonardia.

But, he explained that under the guidelines of the NIATF, suspension of public transport is a must-do under an MECQ.

“This is a feature of MECQ we cannot escape from. This is the main difference between MECQ and the previous (General Community Quarantine) where we were before September 7. The LGUs are mere implementors of the measures imposed by the NIATF for each kind of community quarantine,” according to him.

Based on information from the city government, positive cases recorded so far were: