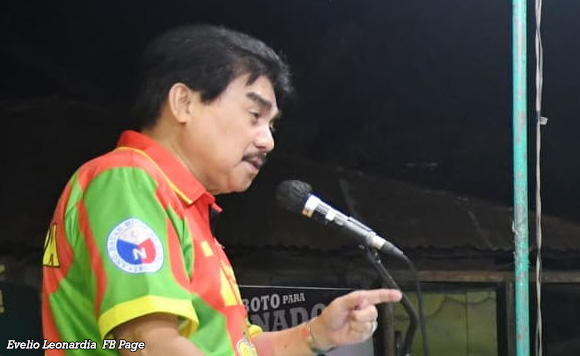 These are meant to confuse Bacolodnons and project a bad image for the previous government, said Leonardia’s spokesman Dr. Chris Sorongon.

Sorongon was reacting to yesterday’s press conference with lawyer Lyzander Dilag, spokesperson of Benitez, who claimed that the new city administration does not have an original copy of the Bacolod LGU’s tripartite agreement with vaccine manufacturer, AstraZeneca. (https://bit.ly/3oacK8B)

“Going into his third week in office, Mayor Benitez’s strategy is getting clearer: Use propaganda through media reports by maligning the former mayor, while they promote themselves as champions of good governance,” Leonardia’s camp said.

“We expect that their strategy is for the long haul. We expect more fireworks and we will not take this sitting down,” he added.

Sorongon also told Dilag to “speak only the truth” and not spread falsehoods.

Sorongon said copies of the document that Dilag is claimed to be missing can be secured from the Sangguniang Panlungsod that approved the tripartite contract entered into by and between the LGU, the AZ and the deal initiator which is the national government represented by the Department of the Health headed by Sec. Francisco Duque or the National IATF under Sec. Carlito Galvez.

A copy of the same contract may also be secured from the city’s Bids and Awards Committee, according to him.

If he is not satisfied, Sorongon said Dilag or his superiors can even write AZ for a copy.

They may also secure copies from the DOH, or from the NIATF, he said.

“Dilag should go the extra mile to get more pogi points for his mayor by probing the vaccine deal deeper. Include AstraZeneca, the DOH and the NIATF. He can also launch an expanded probe by investigating other local governments throughout the country that inked similar agreements facilitated by the national government. After all, we are talking of a tripartite contract here,” added Sorongon.