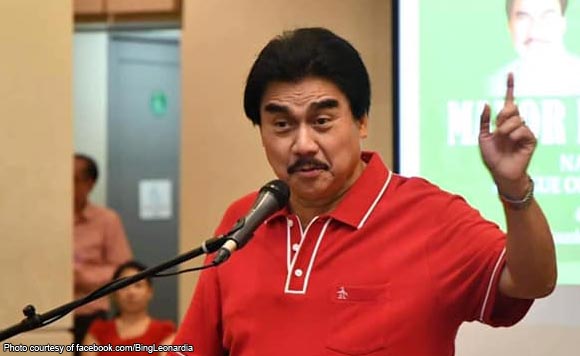 0 728
Share
Want more POLITIKO News? Get the latest newsfeed here. We publish dozens and dozens of politics-only news stories every hour. Click here to get to know more about your politiko - from trivial to crucial. it's our commitment to tell their stories. We follow your favorite POLITIKO like they are rockstars. If you are the politiko, always remember, your side is always our story. Read more. Find out more. Get the latest news here before it spreads on social media. Follow and bookmark this link. https://goo.gl/SvY8Kr

Leonardia encouraged barangay officials to coordinate with local officials if they see buildings that need repair, or have to be demolished.

“All these show that disasters are not a matter of contingency or emergency, but are realities especially with climate change, so we have to be ready. We have seen worldwide that when there is rain, it floods like in China, America or Europe. So we need to be ready for any eventuality,” the local chief executive said.

Leonardia, meanwhile, said the city government will extend aid to victims of the 6.5 earthquake in Mindanao, which left 21 dead, thousands of residents homeless, and several structures destroyed. (https://bit.ly/2NpK5Lp)

The mayor has requested Jose Maria Vargas, cluster head of the City Disaster Risk Reduction Management Office (DRRMO), to find out how much has been given by other local governments so they will have a benchmark.

The financial aid they will extend to the earthquake victims will be taken from the budget of the DRRMO, said Leonardia.