Legarda wants to do what Drilon did in Iloilo: Make Antique rivers clean, useable 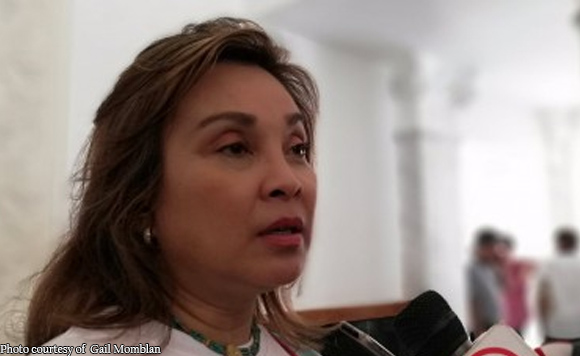 0 751
Share
Want more POLITIKO News? Get the latest newsfeed here. We publish dozens and dozens of politics-only news stories every hour. Click here to get to know more about your politiko - from trivial to crucial. it's our commitment to tell their stories. We follow your favorite POLITIKO like they are rockstars. If you are the politiko, always remember, your side is always our story. Read more. Find out more. Get the latest news here before it spreads on social media. Follow and bookmark this link. https://goo.gl/SvY8Kr

ILOILO CITY — Antique District Rep. Loren Legarda said on Friday she is pushing to make the rivers in Antique “clean” and “useable.”

“We want to make sure our rivers are clean and useable. Useable for tourism, (for) children to swim in,” Legarda said, adding that the province does not want “what happened to Boracay” to also occur in Antique rivers.

Speaking at the inauguration of the newly restored main building of the University of the Philippines-Visayas in Iloilo City Campus, she said she was inspired by the efforts of Senator Franklin Drilon in the restoration of heritage structures, the development of the Iloilo River Esplanade, among others.

The revival of the Iloilo River has inspired Legarda to make an inventory of the waterways in Antique.

When asked about her plans, Legarda said they will make “the inventory of all our water systems and the cleaning up, if any, if needed, of these rivers as well.”

Legarda also wanted to “check the status” of the Bugang River in Pandan, Antique, which she said, “was considered the cleanest inland river in Western Visayas and the whole country some years ago.”

She said she is working with Environment Secretary Roy Cimatu to rehabilitate the historic Malandong River.

“That’s very historic because Malandong River in that area was where the Bornean datus first arrived in Panay and the area could be developed into historical tourism spot,” she said.

Aside from rehabilitating its rivers, Legarda said Antique will also rehabilitate its heritage building.

Among these are the only remaining “Balay na Bato” on Gobierno Street in San Jose de Buenavista and the old provincial capitol building, which was rehabilitated by the Americans in 1946.

“It (provincial capitol) will be a heritage center which hopefully will have a national museum branch, a textile gallery, and an art space for art creative industries in Antique,” Legarda said.

Legarda said Antique wanted to become a cultural and tourist destination like Iloilo.

“Like Iloilo being a cultural hub and tourist destination, we can also