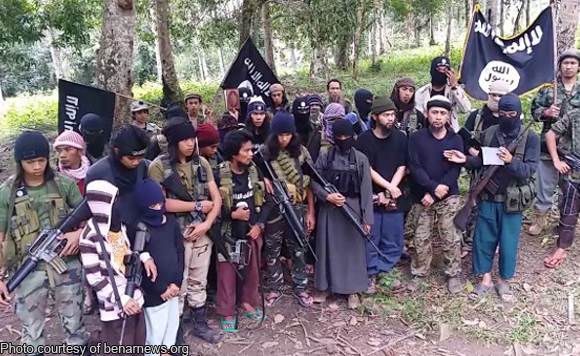 Heavy pressure brought by the military has forced the Abu Sayyaf Group (ASG) to free three of their Indonesian captives in Sulu Sunday, October 2.

The victims were identified thru their passports as Ferry Arifin 26, Edi Soryonu 27 and Mohammad Mabrur Dahri 27.

They were immediately brought to Camp Bautista Hospital in Jolo for medical check up and processing.

“The relentless military operations will continue until all remaining hostages are released,” he added.

The three Indonesians were part of a group of seven who were abducted by the notorious Muktadil brothers last June 25 this year.

The Muktadil brothers were neutralized by elements of Joint Task Force Sulu in a military operations last September 27.

A total of 16 hostages; nine Indonesians, six Filipinos and one Norwegian have been rescued or released since the intensification of focused military operations in July while 12 kidnap victims remain in ASG hands including five Malaysians, four Filipinos, two Indonesians and one Dutch.