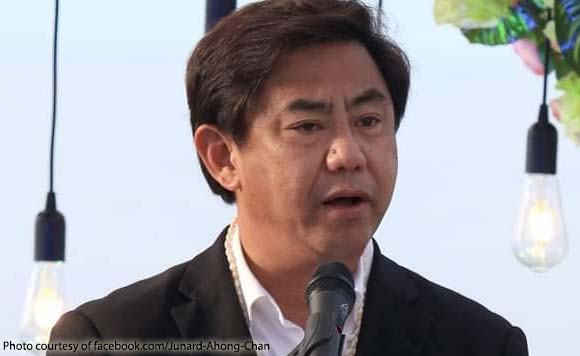 0 67
Share
Want more POLITIKO News? Get the latest newsfeed here. We publish dozens and dozens of politics-only news stories every hour. Click here to get to know more about your politiko - from trivial to crucial. it's our commitment to tell their stories. We follow your favorite POLITIKO like they are rockstars. If you are the politiko, always remember, your side is always our story. Read more. Find out more. Get the latest news here before it spreads on social media. Follow and bookmark this link. https://goo.gl/SvY8Kr

Last Monday, a 70-year-old Chinese national was successfully rescued after a bloody shootout that claimed the life of four kidnappers who police said are all Chinese nationals.

Following his meeting with the police, Chan pointed to “business rivalry” as one of the possible motives for the kidnapping. (https://bit.ly/3acTMdO)

This is not the first time that a kidnapping incident happened in Lapu-Lapu City involving Chinese nationals.

Chan thanked the police and the Chinese community for cooperating and providing vital information in the investigation.