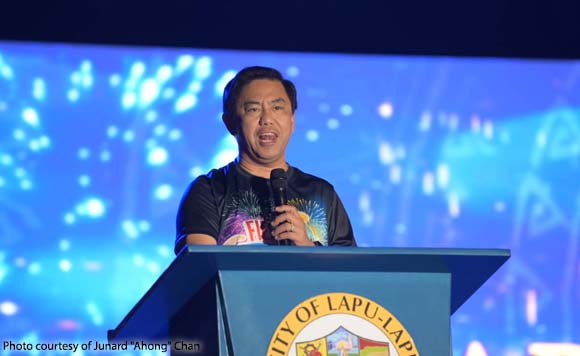 Lapu-Lapu City Mayor Ahong Chan reiterates his order to the Philippine National Police (PNP) to strengthen its implementation of peace and order in the city and police presence in key areas.

Chan made the statement a week after a jewelry store inside a mall in Barangay Basak was robbed by members of the “Salisi Gang,” who stole approximately P800,000 in jewelry.

The mayor wants police to be more visible, especially since it is the holiday season. (https://bit.ly/3V6mTCg)

“We still have a standing order with the police, so we need to be much more vigilant about maintaining order,” he said in the vernacular.

To help prevent crime, Chan said that he will continue to install street lights, particularly in interior barangays with dark alleys.

The city, he added, will also install additional CCTV cameras throughout the city.