Lapu mayor to sit down with resigned Pusok SK councilors 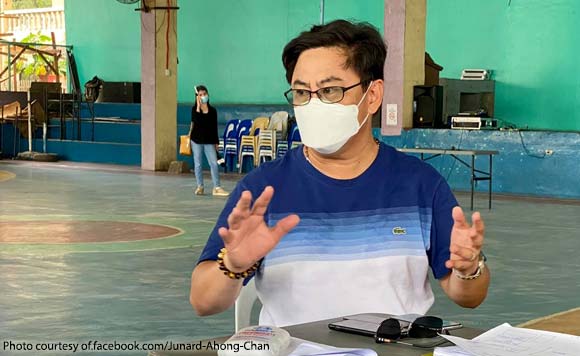 0 129
Share
Want more POLITIKO News? Get the latest newsfeed here. We publish dozens and dozens of politics-only news stories every hour. Click here to get to know more about your politiko - from trivial to crucial. it's our commitment to tell their stories. We follow your favorite POLITIKO like they are rockstars. If you are the politiko, always remember, your side is always our story. Read more. Find out more. Get the latest news here before it spreads on social media. Follow and bookmark this link. https://goo.gl/SvY8Kr

Lapu-Lapu City Mayor Junard Chan plans to sit down with the seven Sangguniang Kabataan (SK) councilors in Barangay Pusok who stepped down from their post to discuss their resignation.

The SK officials have already submitted their resignation to Chan and a notification to the Department of Interior and Local Government Lapu-Lapu City.

The mayor, however, said that he had not yet seen the resignation letter and that he would check it first with his staff. (https://bit.ly/3f6haKE)

“I will sit down with the SK councilors, together with the barangay council sa Pusok. I even asked them what their reason is to tender their resignation. They should put their issues and concerns with regards to their barangay and the SK chairman,” he also said.

Aside from the SK councilors, the SK treasurer and SK secretary of the barangay also quit their jobs.

Should these SK officials not change their minds, Chan said he would ask Pusok Barangay Captain Justino Booc to endorse names for their replacements.