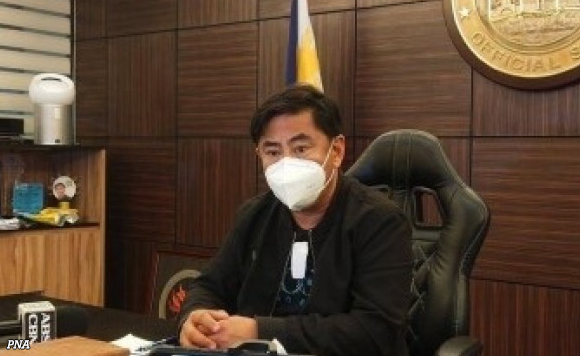 0 78
Share
Want more POLITIKO News? Get the latest newsfeed here. We publish dozens and dozens of politics-only news stories every hour. Click here to get to know more about your politiko - from trivial to crucial. it's our commitment to tell their stories. We follow your favorite POLITIKO like they are rockstars. If you are the politiko, always remember, your side is always our story. Read more. Find out more. Get the latest news here before it spreads on social media. Follow and bookmark this link. https://goo.gl/SvY8Kr

Seven barangay captains in Lapu-Lapu City filed a complaint against Mayor Junard Chan and nine others before the Office of the Ombudsman-Visayas for malversation and violation of the Anti-Graft and Corrupt Practices Act.

The complaint stemmed from the city’s alleged spending of more than P47 million to buy food items from a supplier that is identified as a furniture company.

In their complaint, the village chiefs claimed that Chan and the nine respondents made it appear that the city government’s purchase of several supplies of food and non-food relief items worth more than P47 million from 2020 to 2021 that were charged to Lim’s company were aboveboard.

The supplies were reportedly used to help those isolated at the city’s Covid-19 isolation facility at the Hoops Dome in Barangay Gun-ob.