Lapu-Lapu City preps for 500th year of ‘Victory of Mactan’ 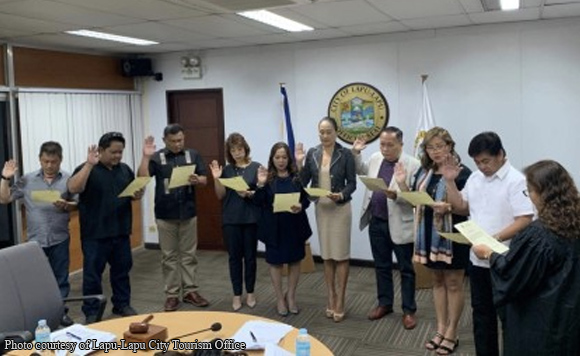 0 1,355
Share
Want more POLITIKO News? Get the latest newsfeed here. We publish dozens and dozens of politics-only news stories every hour. Click here to get to know more about your politiko - from trivial to crucial. it's our commitment to tell their stories. We follow your favorite POLITIKO like they are rockstars. If you are the politiko, always remember, your side is always our story. Read more. Find out more. Get the latest news here before it spreads on social media. Follow and bookmark this link. https://goo.gl/SvY8Kr

LAPU-LAPU CITY, Cebu — City Mayor Junard “Ahong” Chan on Thursday said the city government is ready to take a major role in commemorating the 500th year of the Victory of Mactan in 2021, with the formation of a local body to assist the National Quincentennial Committee (NQC) for the lineup of activities.

Chan said that he signed an executive order on Thursday forming the Mactan Quincentennial Committee (MQC) to serve as a local conduit of the NQC in steering activities that are special for the Island of Mactan.

The NQC was organized through Executive Order 55 signed by President Rodrigo R. Duterte on May 8, 2018 and tasked to prepare the country for the celebration of the victory of Lapu-Lapu in the famous Battle of Mactan on April 27, 1521 against Portuguese navigator Ferdinand Magellan.

Chan said during a press briefing that there is a need to organize the MQC as local counterpart of the NQC because of the bigger role of this city in the quincentennial celebration in 2021.

Chan said many of the events in commemorating the 500th anniversary of the victory of Mactan will be done in the Liberty Shrine which is known by the locals as “Mactan Shrine” or the “Lapu-Lapu Shrine.”

“The Island of Mactan is a focal place in commemorating the 500 years of the Battle of Mactan.”

Many of the celebrations prepared by the national government through the NQC will always zero in on the island. Therefore, I see the need to formalize the team that will take care of the various plans for Mactan-specific, Mactan-centric celebrations,” Chan said in a statement released to media.

In the executive issuance forming the local committee, the mayor explained the “need for the city government of Lapu-Lapu to adopt a systematic organization that will directly coordinate with the NQC in undertaking mandated activities for quincentennial celebration, as well as to harmonize Mactan Island-specific and locally initiated programs, activities, and projects in relation to the said celebration.”

He emphasized that the committee will perform only coordinative function with a specific task “to coordinate with the NQC in laying down plans and programs that are special to the City of Lapu-Lapu.”

“The Mactan Quincentennial Committee has a specific task to endure that the planned Museo Lapu-Lapu shall be developed in conjunction with and on track for the 2021 quincentennial celebration. They will lay down and execute plans relative to any cultural and historical aspects of the celebration,” Chan also said.

The officers and members of the committee led by Chan, his wife Cindi, and city tourism officer Edward Mendez, took their oath of office before Metropolitan Trial Court Judge Mayette Budomo in a simple ceremony held inside the conference room of the City Hall.

The mayor said the residents of this historical city can expect a lot of activities and programs that will eventually tap officials from the 30 barangays, the hotels and restaurants, the students, the youth, the local historians, and different stakeholders in the island and in Cebu.

The committee will prepare plans and programs to be presented to the NQC for consideration, he said.