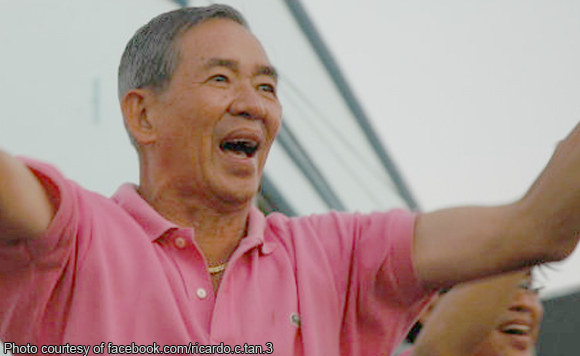 0 282
Share
Want more POLITIKO News? Get the latest newsfeed here. We publish dozens and dozens of politics-only news stories every hour. Click here to get to know more about your politiko - from trivial to crucial. it's our commitment to tell their stories. We follow your favorite POLITIKO like they are rockstars. If you are the politiko, always remember, your side is always our story. Read more. Find out more. Get the latest news here before it spreads on social media. Follow and bookmark this link. https://goo.gl/SvY8Kr

Fed up with persistent rumors linking him to illegal drugs trade, Bacolod City Councilor Ricardo “Cano” Tan has filed libel complaints against two people accusing him of being a drug lord.

Tan said more cases will be filed next week against other individuals who continues to “malign” him.

Tan is being accused of having shabu laboratory lab inside his famous resort Campuestohan Highland Resort in Talisay City, Negros Occidental.

He dismissed the allegation as “unfounded and wrong” adding that it was only a “product of political persecution and business rivalry.”

The councilor said even the Philippine Drug Enforcement Agency in Negros Island Region has attested that he has no involvement in any illegal activity including drugs.

“I am God fearing. I am not an addict, drug pusher or drug lord,” he said.

He noted that rumors linking him to illegal drugs started more than two decades ago when he entered politics.

If the rumors have basis, he asked how come no ever dared to file a single case against him.

He said that he is willing to give up his post if he is proven guilty of the accusations hurled against him.

Tan is the head of the City Council Committee on Police Matters, Peace and Order and Illegal Drugs.