Lacson weighs in on NegOcc-Guimaras RoRo 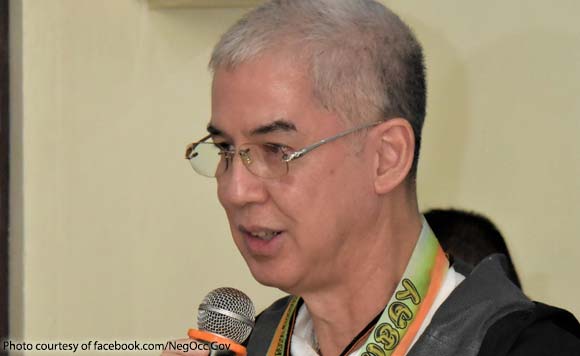 0 22
Share
Want more POLITIKO News? Get the latest newsfeed here. We publish dozens and dozens of politics-only news stories every hour. Click here to get to know more about your politiko - from trivial to crucial. it's our commitment to tell their stories. We follow your favorite POLITIKO like they are rockstars. If you are the politiko, always remember, your side is always our story. Read more. Find out more. Get the latest news here before it spreads on social media. Follow and bookmark this link. https://goo.gl/SvY8Kr

While this is a positive tourism development for both Guimaras and Negros, Lacson believes it will pose a challenge to Negros Occidental’s fight against African swine fever, as he “expects more human traffic with these ferry trips.”

The Department of Agriculture – Region 6 previously confirmed the detection of ASF cases in Guimaras, as well as six other towns in Iloilo. (https://bit.ly/3wFvPUN)

This prompted the Office of the Provincial Veterinarian of Negros Occidental to tighten security at all possible entry points in the coastal municipalities of the 4th district, which face Guimaras island.

On January 21, NaviMar Shipping announced that it would begin RoRo trips from Pulupandan Port to Sebaste Port Guimaras.

According to the announcement on its Facebook page, it makes two trips per day from each port, one in the morning and one in the afternoon.

The schedule of trips, however, may vary depending on the tides, and the fare is P220 per passenger.