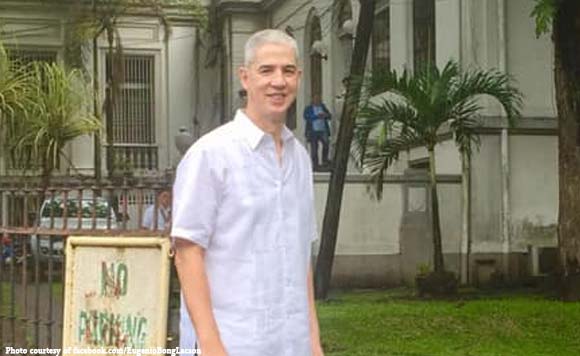 0 13
Share
Want more POLITIKO News? Get the latest newsfeed here. We publish dozens and dozens of politics-only news stories every hour. Click here to get to know more about your politiko - from trivial to crucial. it's our commitment to tell their stories. We follow your favorite POLITIKO like they are rockstars. If you are the politiko, always remember, your side is always our story. Read more. Find out more. Get the latest news here before it spreads on social media. Follow and bookmark this link. https://goo.gl/SvY8Kr

Negros Occidental Governor Eugenio Jose Lacson has voiced his support for the request made by business leaders for President Ferdinand Marcos Jr. to issue an executive order establishing the Negros Island Region (NIR), which includes Siquijor.

Business leaders from Negros Occidental and Negros Oriental jointly released a statement in which they reaffirmed their unwavering support for the “re-establishment of a separate, stand-alone, and full-fledged region, which will encompass Negros and Siquijor islands.”

The proposed NIR bill, which was already approved by the House Committee on Local Government, is now up for deliberations by the Committee on Appropriations, prior to its passage for second reading. (https://bit.ly/3R2B9KV)

Lacson said the NIR creation needs another executive order “in the same manner it was done during (President Benigno Aquino III’s) time.”

Aquino established NIR through an executive order issued in 2015. However, it was dissolved two years later by his successor, Rodrigo Duterte.

“An executive order from the present administration, I think that will be sufficient enough,” said Lacson.