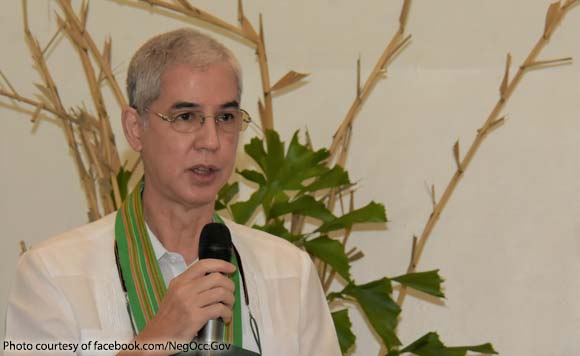 0 27
Share
Want more POLITIKO News? Get the latest newsfeed here. We publish dozens and dozens of politics-only news stories every hour. Click here to get to know more about your politiko - from trivial to crucial. it's our commitment to tell their stories. We follow your favorite POLITIKO like they are rockstars. If you are the politiko, always remember, your side is always our story. Read more. Find out more. Get the latest news here before it spreads on social media. Follow and bookmark this link. https://goo.gl/SvY8Kr

Governor Eugenio Jose Lacson has approved the sharing of best practices from the provincial government of Negros Occidental with Bacolod City and other local government units (LGUs).

at the Provincial Capitol to discuss the synergy between the province and the city.

Diaz, on one hand, said the Capitol Cab scheme is a system that requires a good manager and that he will not give it to anyone easily.

“Our system and personnel both have to fit each other. No matter how good is the system, if it will be used by the wrong people, or falls into the wrong hands, it will never work,” he added.

Diaz, a pro bono consultant of Benitez for administrative matters and systems review, explained that the Capitol Cab is an in-house app developed at little or no cost to the government.

“The province is willing to help and assist. But the right personnel for the job has to be trained,” he also said.

Apart from the Capitol Cab scheme, Diaz noted that Lacson also approved the sharing of Personnel Information and Government Procurement, both of which are “digitalized.”

The provincial government of Romblon also expressed their interest in adopting the one Hospital Command system of Negros Occidental, he furthered.