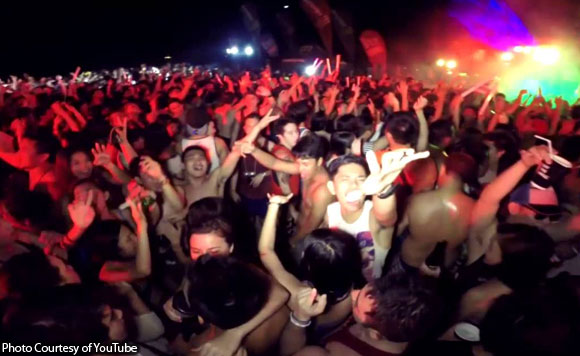 Due to the rehabilitation of the world-famous Boracay Island, the government’s inter-agency group has recommended the cancellation of all Laboracay parties this year, an official of the Department of Tourism (DOT) said Thursday.

The annual “Laboracay” every Labor Day draws thousands of tourists to the island who participate in various events.

On her official Facebook page, DOT Undersecretary Katherine de Castro said the decision to close Boracay was “final” and the provincial government of Aklan was bound to recommend the cancellation as well.

The decision of the inter-agency group, composed of the departments of tourism, interior and environment, was made after a meeting with Aklan Governor Florencio Miraflores, who was in Manila to present a pledge of commitment to Task Force Save Boracay in a bid to address the island’s pressing concerns.

The clean-up drive in Boracay is ongoing, with the latest date of completion estimated in September.

The DOT said the Task Force is awaiting President Rodrigo R. Duterte’s decision on the island’s timetable for rehabilitation.

During their meeting, Miraflores echoed the sentiments of local stakeholders, affirming their commitment to the rehabilitation efforts of the national government in the island as they “balance tourism development with environmental protection and preservation”.

“We recognize the fact that the status of Boracay as the premier destination of our country can only be maintained by the conscious and determined efforts of all stakeholders to immediately undertake the necessary mitigating measures to resolve the critical environmental problems arising from the rapid and unregulated growth of our local tourism industry,” part of the pledge read.

These include mitigating measures to address sewerage and drainage; solid waste management; demolition of illegal structures in forest lands, wetlands and easement areas; completion of the circumferential road; and decongestion of traffic.

Stakeholders also initiated self-demolition of establishments violating the 25+5 easement rule, reclamation of the sidewalk on the main road, and removal of illegally parked vehicles.

Tourism Secretary Wanda Teo lauded these initiatives, saying if the pledge was carried out within schedule, the duration of the rehabilitation would be shortened.

The 42 signatories to the pledge include tourism industry associations, other business groups and local government units. Among them are the Boracay Foundation, Inc., Chambers of Commerce and Industry of Boracay and Kalibo, the various local executive leagues, labor groups and other stakeholder entities. (PNA)