Labella says he has data showing Cebu City is GCQ-ready 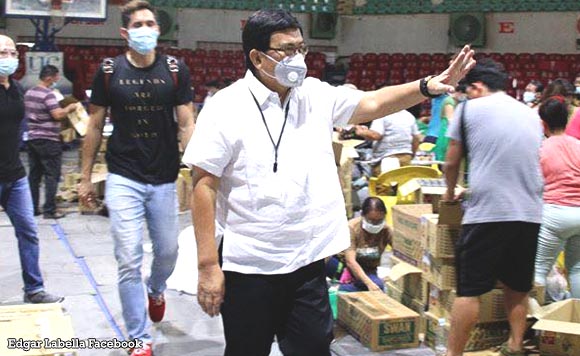 In his letter to Central Visayas Regional Interagency Task Force (RIATF-7), Labella pointed out that the supposed grounds of IATF to place the city under the ECQ no longer stands true.

The IATF stated that the coronavirus disease (Covid-19) cases in the city doubled in 6.63 days or less than a week, which it considers high risk; that the city’s critical utilization rate as of June 14 stood at 60 mechanical ventilators (45 percent), 27 ICUs (100 percent), 399 isolation beds (90 percent), 133-bed wards (93 percent); that 61 out of 80 barangays are affected and with active cases; and that the city logged a testing positivity rate of 33 to 36 percent.

“The recoveries in the city outnumber active cases. Given such, Cebu City can be classified under GCQ,” stressed Labella.

According to health data, Cebu City recorded 2,319 confirmed cases at the start of June and this increased to 3,613 by June 15.

“This clearly shows that cases have not doubled in the last 15 days,” said the mayor.

Labella also noted that the report on critical utilization rate, which showed a high percentage of hospital bed occupancy, did not include isolation facilities established and equipped by the city in cooperation with the private sector.

As early as April, the city was able to establish 52 Barangay Isolation Centers with a total bed capacity of almost 3,000. The BICs were activated to accommodate asymptomatic patients whose situations do not allow for home quarantine such as in the case of informal settlers.

Regarding the high number of barangays with Covid-19 infections, Labella said the basis should not be cumulative cases but the remaining active cases and recoveries.

The mayor hopes that the IATF will reconsider their decision and free the city’s constituents from suffering through the ECQ.