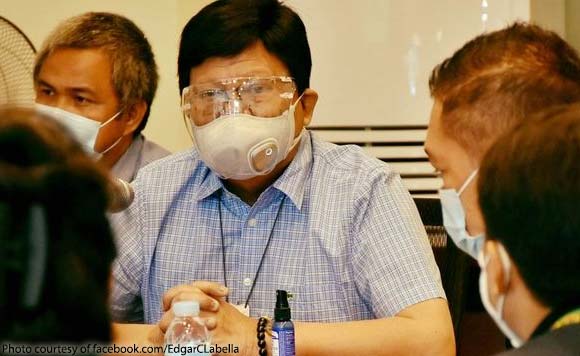 In the wake of the flooding along General Maxilom Avenue, Cebu City Mayor Edgardo Labella wants stiffer penalties to owners of buildings and structures obstructing waterways like creeks and rivers.

In a virtual presser, Labella said that while there are penalties for violators under a city ordinance, they are not stiff enough.

“Under the Local Government Code, the maximum penalty under a violation of a city ordinance is imprisonment that does not exceed to one year and a fine of not exceeding to P5,000,” he said. (https://bit.ly/3nUBlNx)

The mayor said they will look into the existing ordinance that penalizes obstruction of waterways as he asked the City Council to increase the penalties.

Labella had earlier instructed Ramil Ayuman, officer-in-charge of the City’s Disaster Risk Reduction Management Office, to conduct a walk-through of the creeks and identify buildings near these waterways with obstructions. This will be done in coordination with the Office of Building Official.

Owners and managers of buildings found obstructing waterways will be called to a meeting with Labella, along with the Department of Public Works and Highways, in a bid to find ways to prevent another flooding incident similar to that on Maxilom Avenue and other areas.