Labella goes on leave to recover from illnesses 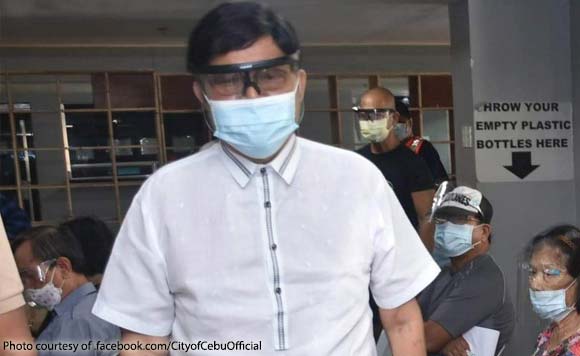 0 1,158
Share
Want more POLITIKO News? Get the latest newsfeed here. We publish dozens and dozens of politics-only news stories every hour. Click here to get to know more about your politiko - from trivial to crucial. it's our commitment to tell their stories. We follow your favorite POLITIKO like they are rockstars. If you are the politiko, always remember, your side is always our story. Read more. Find out more. Get the latest news here before it spreads on social media. Follow and bookmark this link. https://goo.gl/SvY8Kr

Cebu City Mayor Edgardo Labella is taking a three-week medical leave starting today, June 9 after he had an ear infection, pneumonia, and sepsis or blood infection.

“While I was at the hospital, and after thorough tests, I was told that I had sepsis or blood infection. I almost died,” Labella recalled the time when he was hospitalized for an ear infection in January.

His doctors advised him back then to take a couple of months off work in order to rest and fully recuperate, according to him. (https://bit.ly/3pxuATb)

The mayor, however, begged off given the resurgence of Covid-19 cases earlier this year.

As the city keeps cases manageable and continues to administer vaccine doses, Labella said he is finally heeding the advice of his doctors.

“I will take this opportunity to pay greater attention to my recovery. During the next three weeks, I will be undergoing a medical workup to make sure there are no more infections in my body. Through this, I will just be in the City of Cebu,” he added.