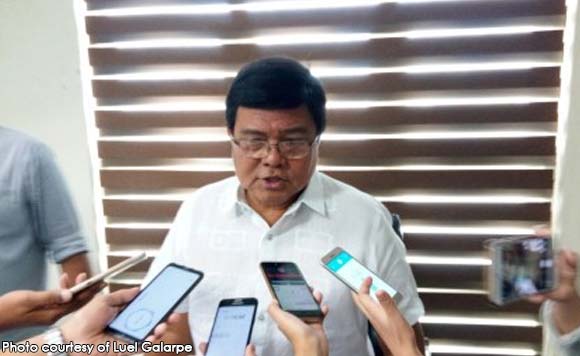 0 983
Share
Want more POLITIKO News? Get the latest newsfeed here. We publish dozens and dozens of politics-only news stories every hour. Click here to get to know more about your politiko - from trivial to crucial. it's our commitment to tell their stories. We follow your favorite POLITIKO like they are rockstars. If you are the politiko, always remember, your side is always our story. Read more. Find out more. Get the latest news here before it spreads on social media. Follow and bookmark this link. https://goo.gl/SvY8Kr

Cebu City Mayor Edgardo Labella has canceled the exclusive broadcast contract the Sinulog Foundation, Inc. (SFI) entered into with MyTV, a local television channel, for the Sinulog Grand Parade and showdown to be held Sunday.

“No more exclusivity. All media outlets are free to cover. No more qualification, no more condition,” said Labella, reacting to criticism on the broadcast arrangement.

Labella, the chairman of the Sinulog Governing Board, said he was not informed of the DFI-MyTV contract. (https://bit.ly/2Rneyud)

MyTV reportedly bought the rights to an exclusive broadcast of the Grand Parade and showdown for P800,000.

The mayor’s brother, Elmer Labella, the executive director of SFI, said they accepted the offer because SFI has not been earning money from media outlets covering the festival for the past 40 years.

Labella said MyTV is still a major sponsor of the Sinulog and will get to choose the spot at the Cebu City Sports Center where it can put up equipment for the Grand Parade coverage.